On The Celebration Of Birthdays Abroad 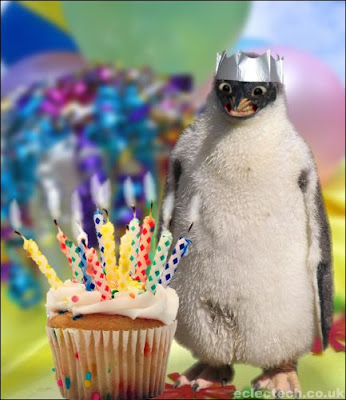 "We grow neither better nor worse as we get old, but more like ourselves."
~ Mary Lamberton Becker ~
Let's be honest here people - I'm a pretty awesome guy. I'm funny, giving and deeper than the Indian Ocean. But all too often my kindnesses go unnoticed, my witticisms ignored. So each year, in order to trick every single person I know into lavishing me with praise and attention, I throw a birthday party for myself.

Selfish? Probably. Gauche? Undoubtedly. But goddammit its a good time for all involved and I get to bask in the glory of your unyielding fanaticism. In years past, my m.o. has been to invite a lot of people over to my place to pig out on some cardinal-sin-level gluttony followed by dancing at a hipstery dive bar. This all started with my Bucca di bulimia party when I turned 24, and continued straight on through to my Belligerent Burrito Birthday Blowout a couple years back. Last year I took things soaring to new heights for my completely misunderstood Dubo Dubon Fritopie party, wherein I took a day off of work to slow-simmer 15 pounds of chili which party guests were then able to enjoy as 'walkin tacos' that evening. For that tiny sliver of the population that doesn't yet know what a 'walkin taco' is, its when you open up a small bag of Fritos and generously dollop in chili, cheese and toppings. Best enjoyed if eaten with a spork while drinking cheap beer at a NASCAR race.

This year however, I found myself away from my usual throngs of well-wishers who tolerate my benign stereotyping and occasional tickle attacks. Luckily, a few weeks ago I slyly infiltrated a coven of U Mich Law students interning in Geneva as well, and they took pity on my wayward soul and have adopted me in as one of their own. To reward them, I wanted to let them buy me drinks and pay me compliments for a few hours.

The easy-bake-oven brand hot plate I call a stove isn't really able to handle 15 pounds of chili, so the plan was to meet for some cheap falafel and then go booze it up a bit. My meticulously crafted email invitation was hilarious. My hair looked awesome. My jeans were super tattered. I was ready to roll. For my pregame celebraccion, I sat down in my chair at home with a hunk of baguette and a few glasses of vin rouge. Nothing says "Eric getting ready to go out" like thrashy punk music, so I revisited the past decade in song. Brand New's Jude Law and a Semester Abroad kicked things off, to which I added a dash of Lagwagon, a pinch of Misfits and just a light dusting of Bad Religion (my favorite band of all time). As I kicked my legs up on my Ikea coffee table, a sip of Swiss Pinot Noir freshly trespassing my lips and trickling towards the fire burning in my belly, I listened to Sid Vicious' version of My Way and thought to myself, "truly this is how the Sex Pistols envisioned their fans enjoying their 30th birthdays."

I topped up my flask with some cheap bourbon and stormed off into the night. A swig or two on the tram kept me warm, as I was wearing my beater jacket and a tshirt that would allow me to show off my arm ink when the time was right. My birthday, my outfit choice, ya dig? The party guests were running just a smidge behind schedule, so I cracked open a tall boy outside the falafel shop and enjoyed the Paquis with all its wretched-hive-of-scum-and-villainy charm. In true Eric form, I finished off the 24-oz'er before my crew arrived, thus ruining my entire plan to have people roll up on me at the start of my 30th birthday party and find me drinking alone in an alley. But we all have to grow up sometime, so instead they were forced to find me huddled with a Camel Light in the corner of a graffiti ridden door frame trying to avoid getting busted for loitering.

Soon everyone showed up and we got crack-a-lackin. With a sturdy foundation of red wine, nicotine and fried chickpeas in my belly, I strode confidently to the saloon to test out 30-year-old Eric's drinking stamina. Forgoing all things advisable, I alternated between Carlsburg, caramel vodka shots and swigs of cheap bourbon, doing my best to clear my plate so that people could keep buying me drinks. Like Uncle Ben reminded America back when I was a young whippersnapper, with great flask comes great responsibility, so I sip-sip-passed it around the circle so that my friends could all get tight right along with me.

And I think it worked. The night was a friggin blarst. We took over the dance floor at ex-pat hot spot Mr. Pickwick and for the second week in a row a girl told me, "wow, you're a much better dancer than I would've expected!". We sang out of tune and out of time, but we sang so loudly that the cacophonic chorus rang to me as angel's bells. We. Kicked. Ass. As the night drew to a close, I engaged a sympathetic ear with the over indulgent emotional birthday meltdown that I have every year, wherein I alternate violently between the screaming highs of unadulterated, tearful joy and the crushing lows of unadulterated, tearful self-loathing. You know, the uze. Jewish god smiled upon me and left open a Turkish place just long enough for me to score a late night shwarma and roll on home. Happy birthday, Eric, a free pass on your veganism!

My boastful proclamation that I planned to have 30 shots in the evening was, in hindsight, overly bombastic, but I still managed to damage my brain cells enough to show that I had a great time. As final proof that despite my age I am still an steaming locomotive on its way into a mountainside, a runaway truck barreling unstoppably over a switchback, I realized at around 4 p.m. that not only was I wearing unmatching socks, but the left one was inside out. You can tell everyone you know that a birthday party with Eric is a sloppy good time, but let it never be said that growing old equates to growing up.
Posted by Eric at 5:00 PM